I’m gonna come out and just say it. Sometimes certain flavors of simple design can be bad design. It is uneffective in its sleepiness.

Continue Reading 2
By Erik Maldre on September 19, 2005 in Uncategorized

new catch phrase for everyone to use: “zwhat!” 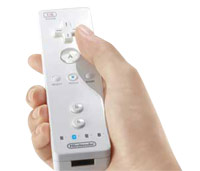 On Thursday, Nintendo announced the new controller for their new “Revolution” gaming system. It’s a one-handed motion-sensitive controller! It looks very similiar to a television remote control. “For the fist time, a controller will allow you movement in every direction. Obviously left and right, but you can also move in and out, pitch and yaw.”-Reggie […]

“The ultimate bag for the creative professional” That’s what Adobe is calling its new messenger bag. It looks pretty nice. It has a nice 1.6-1.8MM tumbled leather flap. There’s external routing strips that let you streamline your wires. whatever that means. And it has all the other kind of stuff you expect from a laptop […]

The iPod has become a cultural icon of design. You ask Joe Schmo on the street what is good design and chances are he’ll say either “i have no idea” or “the ipod”. If you ask why; he’ll probably say that it’s because of the simplistic design and intuitive interface. Well the folks over at […]

Continue Reading 1
By Erik Maldre on September 14, 2005 in Uncategorized

6. TERRIBLE USE OF SCOREBOARD I have no problem with modern technology having a role in today’s major league baseball game. I’m not on the side saying that baseball should be tradition-based manually operated scoreboards. Baseball is complex sport. It’s nice to have a big jumbotron that shows interesting stats all the time and offers […]

5. NO ICE CREAM MALT SMOOTHIES For years, Sox fans have been bragging about how their food selection is far superior to Wrigely’s. First off, I don’t want to go to a ball game and eat some crazy food. And I’m not a picky eater. I like to try different foods. I eat sushi. I’ll […]

Continue Reading 5
By Erik Maldre on September 12, 2005 in Uncategorized

4. BAD FIREWORKS AT THE WORST TIME. I don’t like how they shoot off fireworks when a Sox player hits a homerun. 4A. First off, it’s insulting. I feel like when I see a homerun, the White Sox franchise is saying “Hey Dumb A55! Look! Someone hit a homer!” By watching the game, I KNOW […]

Continue Reading 2
By Erik Maldre on September 11, 2005 in Uncategorized

3. LACK OF UNIQUE VIEWS OF FIELD. Ok, so reason #3 is similiar to #2. However, I didn’t want to lump reasons #2 and #3 into one post because I feel so strongly about reason #2 that it requires its own post. The Cell has only one unique perspective of the field. The view from […]