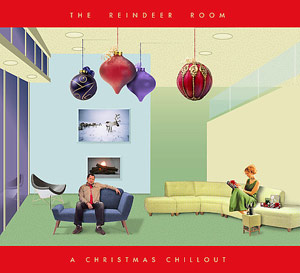 Borders store. Rack of Christmas CDs. Erik intrigued with CD. Tried to listen at listening station. Did not work. Decision made to gamble $4. Listened to first four songs in car. First four songs crap. Don’t buy “The Reindeer Room: A Christmas Chillout” unless you like weird techno elevator trance crap. Blog post to be updated as I listen to other songs on CD.

January 6 update: Track 8, “The First Noel” by Inverse Cinematics, made this $4 purchase worthwhile. It is very good. 8. Track 9, “Feliz Navidad” by Tetsumi Nagaka, is the second best song on the album. It has a slick Caribbean feel. The rest of the album after track 9 isn’t too bad. Maybe it’s just a result of those two songs getting a good vibe going and carrying itself through the rest of the songs. The best of the post-track-9 songs is track 14, “A Child Is Born by Jon Kennedy”. It moves well without having the trance feel of tracks 1 through 8.

View all posts by Erik Maldre →
wikipedia, you could do better
old people with red hair

@unlikelymoose You’d be better off betting $5 on a one-month subscription to mog.com

I would have to take a listen if only because the cover makes it look like it would sound groovy. I’m looking for some “Deep Cuts” Christmas music (think The Knife, but more contemporary).

Makes you wonder if the listening station not working was intentional for this CD or if all CD’s did not work. Kind of like the critics say if a movie cannot be reviewed early then the movie is bad. I was wondering why they called this the Reindeer room but finally found the picture on the wall. I was expecting to see deer heads.